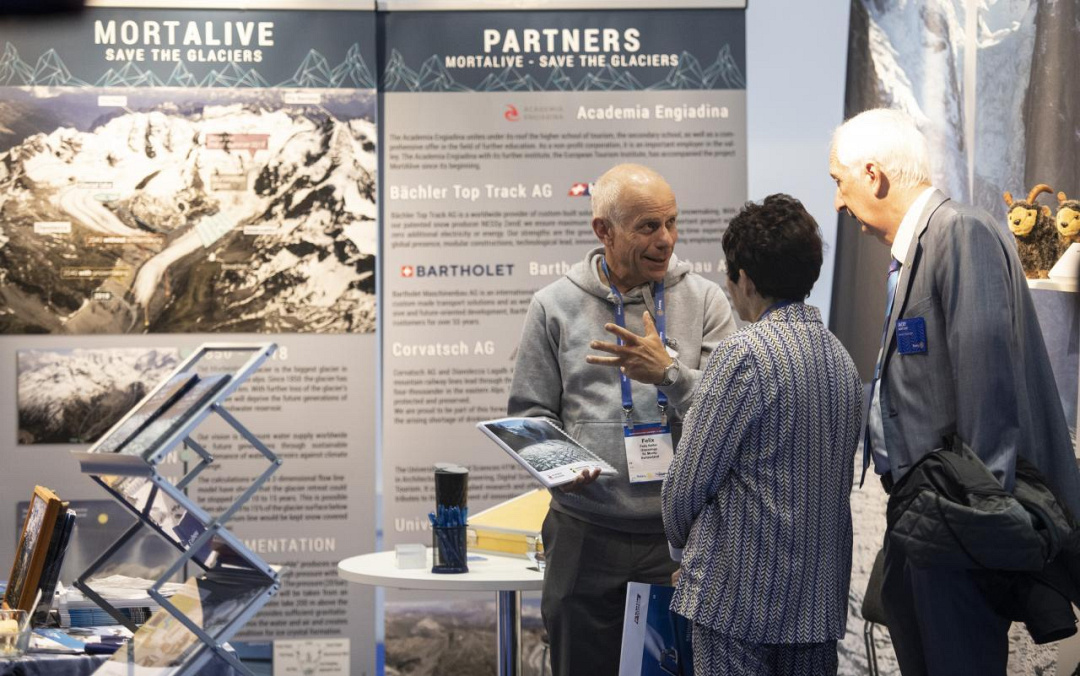 Earlier this year, the World Rotary Peace Conference brought together experts and activists from all around the world in Ontario, California. Felix Keller got the chance there to introduce the MortAlive project to an international audience.

Rotarian and glaciologist Felix Keller presented the MortAlive project at this year's Rotary World Peace Conference in California - and was surprised by the energy that was released there.

When Rudy Westerwelt, president of the 2020 Rotary World Peace Conference, visited the MortAlive project booth at the World Rotary Convention in Hamburg, Germany, he expressed his desire to bring the story to Ontario, California, in January 2020.

Migratory flows due to glacial melting

Although the many perspectives offered by this peace conference are well described on the Internet, I did not pay enough attention to them. I was too busy making the peace contribution of the MortAlive project as understandable as possible for an audience that is not very familiar with the glacier world, the Alps and the aridity of the mountain deserts (Himalayas, Andes). By comparing historical images with the current situation, the enormous freshwater storage capacity of ice masses can be clearly demonstrated. This also makes it comprehensible that the 221 (+/- 66) million people living in the Himalayas whose water supply depends on the glaciers, according to a study published in the journal "Nature" in 2019, could trigger problematic migration flows as a result of climate change.

More challenging to communicate, however, is how a protective layer of snow can be used to efficiently slow down the glacier melting process and how a new type of snow rope can be used to recycle meltwater without the need for electrical energy.

So what we can DO

Did this message fit the World Rotary Peace Conference? In addition to the rich presentations by highly competent peace activists, including Holocaust survivor Eva Haller, the conference consisted of a very varied program of breakout sessions along the following eleven themes: Peace in the Personal Environment, Education, Protection and Rehabilitation of Society, Peace in the Workplace, International Relations, Peace Graduates, Human Rights, Diplomacy and Wars, Personal Peace and Health, Films and Media, Sustainability, Communication with Empathy and the Advancement of Women. Of course, it was not possible to follow all the thematic paths at the same time, but there was ample opportunity for exchange both in the House of Friendship and at the dinners. Most impressive, however, was the conclusion of a session entitled "So what we can DO". And exactly this question fits very well to the MortAlive project.

At the final dinner I asked myself "What can I DO?" and unexpectedly received an answer from the table neighbour. Next to me the possibly only other Swiss participant was sitting, Domino Francis from Corridors of Peace in Dornach. He pleaded for one of the next Rotary World Peace Conference to be held in Switzerland. I did not expect how much positive energy a Rotary Peace Conference would release, but with the memory of the Rotary World Peace Conference 2020, I can only wish our traditionally peace-oriented country such a conference.